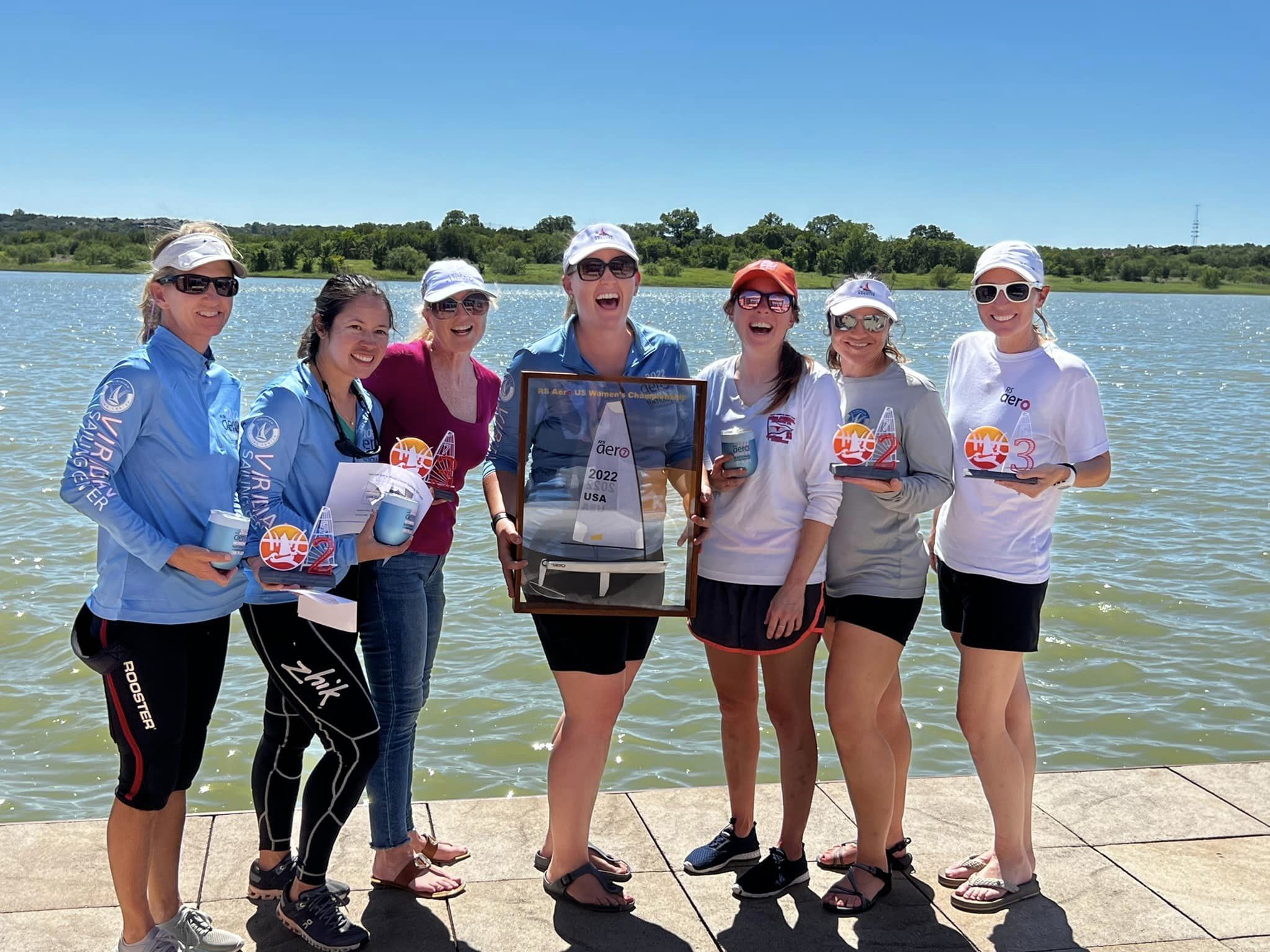 The recent RS Aero Texas State Championship and Firecracker Regatta as well as the inaugural RS Aero US Women's National Championship, hosted at the Viridian Sailing Center in Arlington, Texas, drew competitors from across the nation and even one international entrant.

Twenty-five competitors took to the water Sept. 17-18, 2022 representing 11 sailing clubs in seven states, plus one international entry from Australia. Four sailors were under the age of 18.

Eleven women competed in the RS Aero US Women's National Championship, the first international level regatta to be held at Viridian Sailing Center.

"Viridian Sailing Center was chosen to host the event by the national Aero Association because of center's beautiful fleet of 30 boats the largest fleet in the nation and because of the club's cadre of active women racers," said Cynthia Griffith, women's national championship regatta chair. "The event was a rousing success and hopefully will begin a legacy of many, many years of women's US national championships to highlight women in the sport of sailing. "

The women had the option to cross register and compete in both regattas. Christine Barbour did and came away with titles in the Aero 5 Class in both races. She said she enjoys any opportunity to sail with Viridian.

"It's easy to see the draw that brought incredible competition and people to this venue," Barbour said. "Everything that went into the unbelievable dinner, goodie bags and awards was so impressive that I can't imagine missing out on another Viridian-hosted regatta. "

"The venue is one of the most challenging places to sail," said Saurage. "Shifty and unpredictable wind on this relatively small body of water really challenges the fleet. Competition is always fierce, and the organizers and volunteers do an incredible job with hosting this regatta."

Viridian Sailing Center is one of the signature amenities found in Arlington master-planned community Viridian. Annual passes for Viridian residents and non-residents are available for purchase. Passholders have access to all the sailing center facilities and first-class sailboats, kayaks, and paddleboards any time during open hours for the year. Paddleboards and kayaks are also available for two-hour rentals, no pass required.